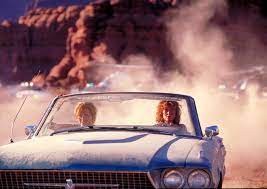 “Well…you get what you settle for.” Finance, Accounting, and Talent Acquisition Leaders, employees have STOPPED settling, and decided to get what they want out of their professional and personal lives.

They’re moving jobs at the fastest pace in history.

Heck, you may be one of them.

I can’t blame anyone who has taken a hard look at their lives after experiencing a once-in-a-100 years pandemic, and realized, life is too precious to live with regrets.

For nearly a year, around 4 million U.S. workers have quit their jobs every month, in search of better pay, promotions, more interesting work, better work life balance, better alignment with their values.

This Great Resignation has sparked one of the most intense wars for talent we have ever seen.

And yet…amid all this shuffling and shifting around to find happiness…some ARE having regrets.

People have taken new jobs and learned the grass isn’t always greener. OR they had the opportunity to make a change, took a counteroffer from their current company, and learned that money doesn’t buy happiness.

According to a March survey of around 2,000 workers who quit their job in the last two years, one in five – or 20% – said they regretted doing so, and only 26% stated they liked their new job enough to stay.

That second statistic is more startling.

It suggests more turnover is on the horizon.

Indeed, a full one third of those surveyed indicated they had already begun searching for a new role.

If you’re a hiring manager, this is a nightmare if you’re looking to hire and retain the right talent to drive your team forward into an increasingly uncertain future.

A war in Europe, rising inflation and interest rates, a possible economic recession…you name the risk, it’s in play, and it’s making hiring decisions that much more critical to team and company success.

It’s also making hiring mistakes much COSTLIER to your team and your company’s ability to succeed.

So, as a hiring manager, how can you avoid this revolving door?

Let me suggest a simple practice you can build into your process, which I employ in every search, regardless of service level:

👉Brainstorm the common traits and values possessed by the majority of people who have made a long-term fit with your company.

👉Narrow these to the top 5 – those most common and desirable and most critical to success. For example, Collaborative, Humble, Accountable, Thrives in Ambiguity, Scrappy. These represent the DNA of your company.

👉Score every single candidate your team interviews based on these DNA traits and values.

👉Commit to hiring only those that embody this DNA. This might mean turning down a great candidate who is an excellent technical fit, but poor DNA fit.

While this takes extra work and discipline on the front end, it will spare you the pain of spinning your wheels with a poor DNA fit, who will end up as a short timer, leaving you to start over from scratch with even higher direct and opportunity costs.

And it will spare you the pain of going down a road you can’t come back from, because too often, poor hiring decisions can add up, reflecting poorly on your leadership, sending your career off a cliff.

Contact Us About Your Next Search or Your Career!
Book a Call
Copyright FiSource Search Group. [2020] - All Rights Reserved